The Organisation for Security and Cooperation in Europe holds every year in Warsaw a Human Dimension Implementation Meeting, where the representatives of the governments of the 57 member countries meet non governmental organisations. 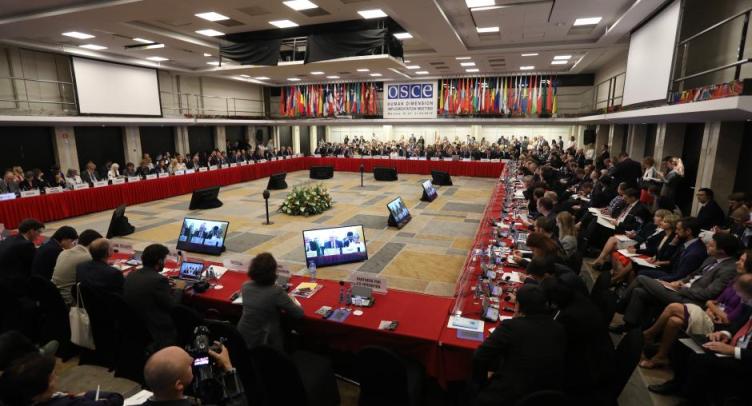 The recommendation of the European Humanist Federation, which is the largest umbrella organisation of humanist and secularist associations in Europe, is for all OSCE member countries to repeal all still existing blasphemy laws.

We are deeply concerned by the widespread lack of interest and attentiveness for some of the fundamental principles upon which the very fabric of our civilisation was built. Many of these principles are put at jeopardy by politicians who pose as the guardians of our “real” identity and tradition. And mainstream politicians are often inclined to come to terms with those claims, thus letting their openly nationalist and populist competitors to impose their narrative and set the political agenda. If trampling on the human rights of minorities is the most evident consequence of the present regressive wave, keeping in force the existing limitations to freedom of thought and expression through blasphemy laws is another and not less relevant one.

These laws have become an inherent part of policies aimed at using the autochthonous traditional religion, or whatever other item may be found in each of our countries real or invented “tradition”, as tools of exclusion, as weapons to be brandished against real or supposed minorities, against liberal or progressive believers and/or against the immigrants.

But there is also another, more intelligent and apparently more “inclusive” version of this repeal of freedom of thought, when blasphemy laws are extended to protect from any criticism all religious faiths. As our societies are more and more secularised, many religious leaders demand a renewed “public recognition” and renewed privileges. And when such claims come from the religious communities newly established in our countries, other long-established churches often try to seize that opportunity to ask for a renewed “public role” of all religious organisations, that would inevitably confine non-believers and maverick believers alike in the position of second class citizens, like the Dhimmis in the Ottoman Empire.

Repealing all blasphemy laws has become today part of the defence of our open societies. If we don’t act consequently, if we appease the high-handed and the intolerant, we should not be surprised if sooner or later Voltaire’s writings are prohibited once again somewhere in our countries (maybe in the school libraries as a mere first step).